Solu Hydro Power Private Limited (SHPL) is a subsidiary of Triveni and Vishal Group. The SHPL, herein referred to as the “Client” is structing the 82 MW Lower Solu Hydro Electric Project under Build, Own, Operate and Transfer (BOOT) contract.

The Client sought clarification of the root cause of the slope movements. Furthermore, the Client requested to develop conceptual solutions for repair, replacement, or re-alignment of the penstock to ensure future stability during operation. 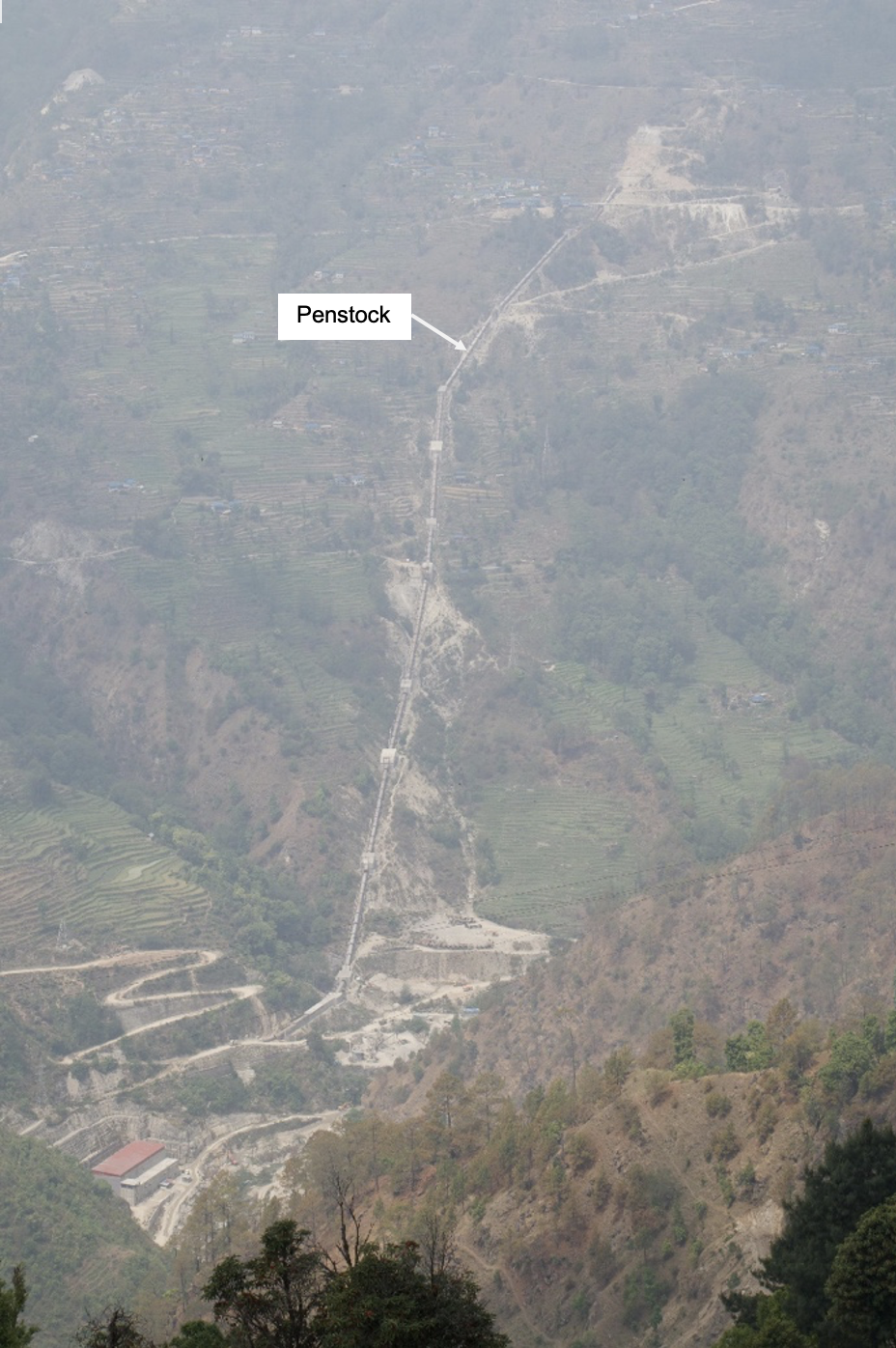 Gall Zeidler Consultants have been commissioned for site visit and due diligence of the Penstock area. The scope of works included the general external visual inspection of the Penstock alignment, general assessment of the status of the current Penstock installation as well as the general assessment of the logical conditions and the geotechnical investigation carried out at site, and the preparation and submission of Due Diligence Report.

The project area is located within Ulleri formations comprising feldspathic schists with augens of feldspar and quartz, Augen Gneisses with muscovite-quartz-feldspar which are mylonitised. The Penstock alignment is located in a slope area with gentle to steep gradients ranging from 10o to 70o The slope material is dominated by colluvial deposits mixed with completely weathered gneiss which is disintegrated into soil.