The City Of New York

The Park Avenue Tunnel in New York City carries one lane of Northbound traffic from 33rd St to 40th St. The tunnel, completed in 1834 as an open cut and covered in 1852, has been in operation for over 150 years, and was previously used for various railroads. The rehabilitation of the tunnel began in 2014, and consists of complete reconstruction of the tunnel. As part of the works, the tunnel drainage system has been replaced, including installation of catch basins, manholes, and drainpipes, both in the vertical walls and underneath the pavement. A new shotcrete lining will be installed which will have steel reinforcement with lattice girders to allow control of geometry.

Image Courtesy of the DOT 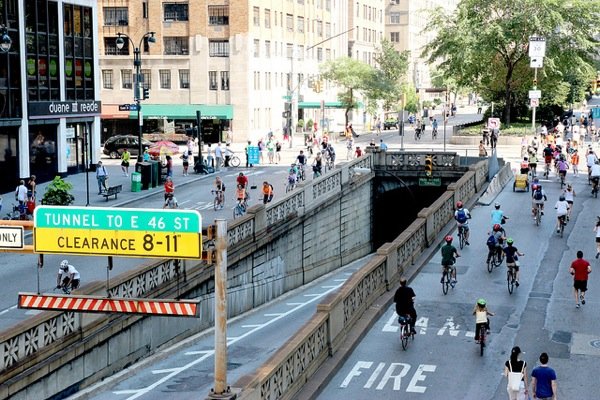 Image Courtesy of the DOT

Gall Zeidler Consultants has been contracted to perform Resident Engineering inspection services (REI) during the reconstruction of the Park Avenue Tunnel. Specifically, Gall Zeidler Consultants has supervised the demolition of existing tunnel walls, the installation of a new waterproofing membrane and tunnel drainage, and the construction of new final support utilizing shotcrete.

The City Of New York