The Western Rail Link to Heathrow is a new two-track rail line from Langley Station on the Great Western Main Line to an end-on connection with the existing Heathrow Express line at the west end of Heathrow Terminal 5 Station. The structures along the route include retained cut (400m), C&C tunnel (500m), twin bored TBM tunnel (4km) and two temporary shafts that will be used to recover the TBMs. The final 160m-long section of the tunnel will be an open face excavation with SCL which connects into existing stub tunnels at Heathrow Terminal 5 Station. Within the alignment of the bored tunnels two intervention/ventilation shafts, eight cross passages and four ventilation adits will also be constructed. The TBM tunnels pass beneath the M4 and M25 Motorways. The proposed line-speed is 75 mph. 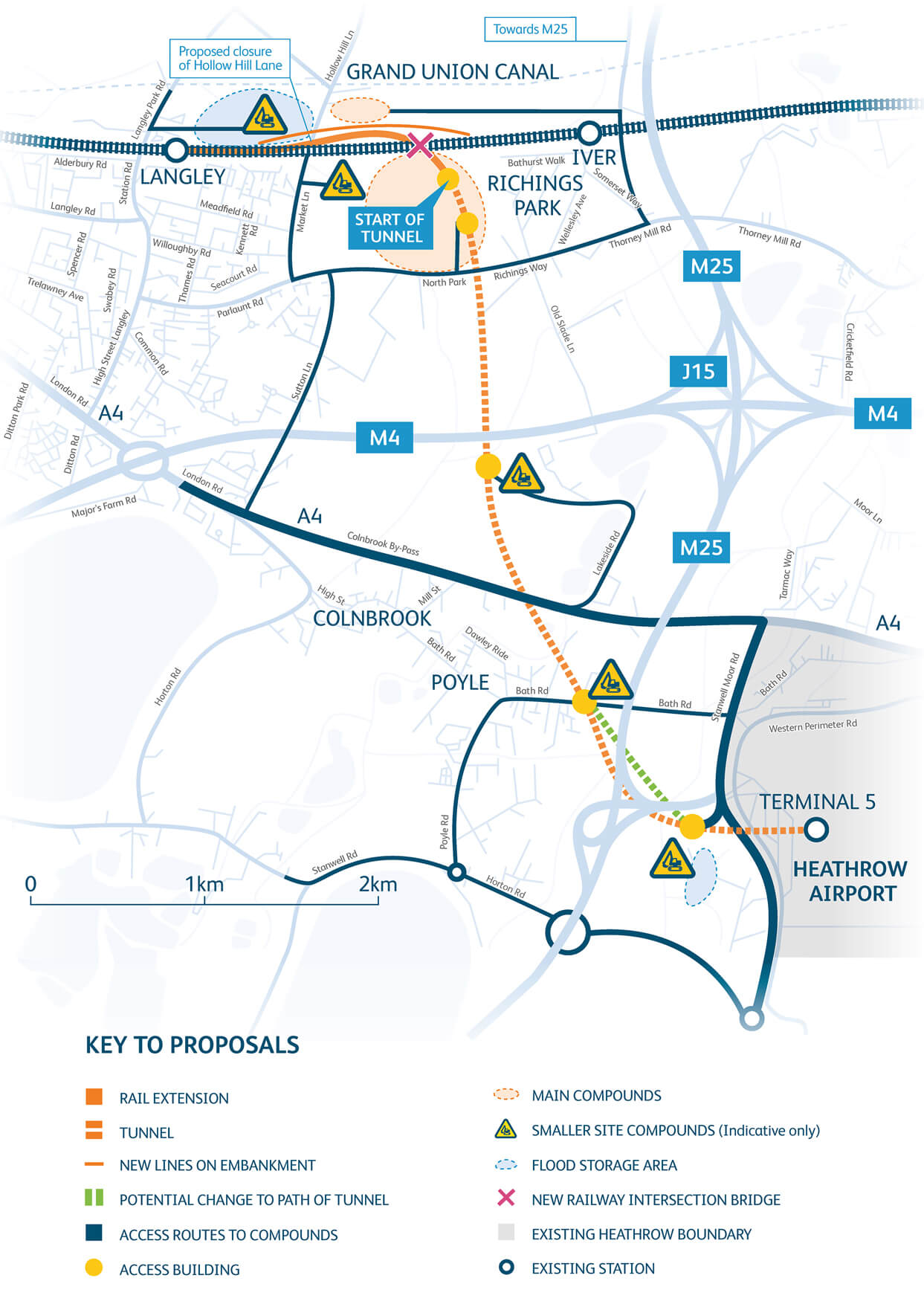 Consultancy Services for Tunnels and Underground Structures to Network Rail:

The scope of consultancy services of Gall Zeidler Consultants to Network Rail comprises of review of the Approval-in-Principle design, producing contract requirements for tunnels and underground structures, pre-qualification/tender assessment and development of Geotechnical Baseline Report to assist their project procurement process.