The BSVII Project is an approximately 9.65 km extension of San Francisco, California’s Bay Area Rapid Transit (BART) service from the SVBX terminus at the Berryessa Station and includes 8 km of subway tunnel, continuing through downtown San José, and terminates at-grade near the Santa Clara Caltrain Station. The BSVII includes three below-ground stations, one at-grade station, and a maintenance facility, Newhall Yard. Since the start, one of the Valley Transit Authority’s (VTA) main objectives was to minimize construction impacts during the construction phase while delivering a state-of-the-art transit system for the community and business owners of downtown San Jose.

The general geology of the project consists of soft alluvial sediments of the Santa Clara Valley, which is an alluvium-filled basin that consists of coalescing alluvial fans, with natural levees along the principal stream channels that drain generally northward to San Francisco Bay. 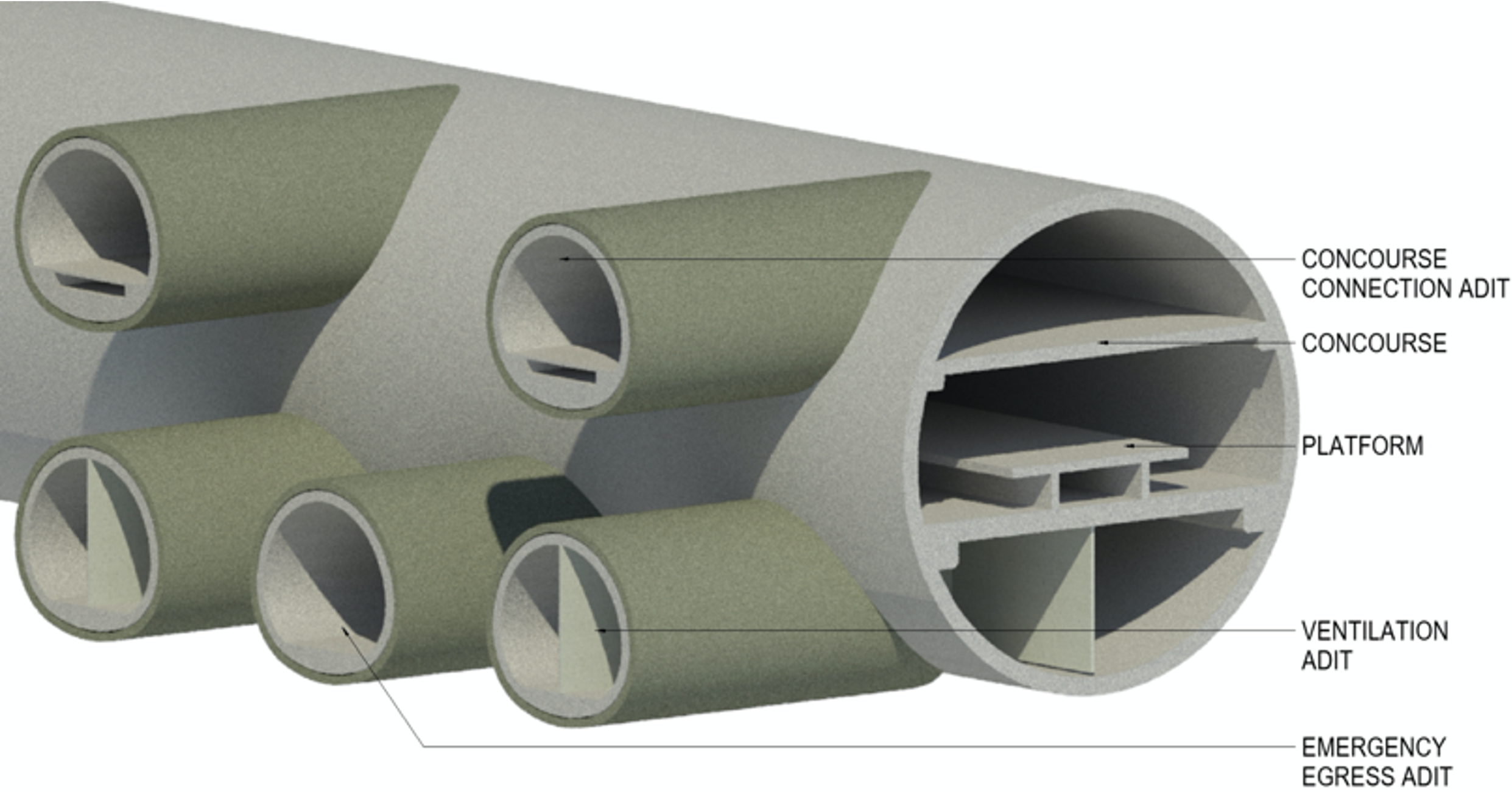 Gall Zeidler Consultants (GZ) is an integral part of the Program Management Team for all tunneling aspects. After selection of the Single-Bore, double-track tunnel with a center platform at station locations, GZ has been providing conceptual engineering development for TBM and mined SEM tunnels including: evaluation of ground conditions and required ground treatment measures, evaluation of ground settlements and impact on surrounding surface structures and utilities, evaluating mitigation strategies for limiting surface settlements, constructability reviews of engineering design for TBM and SEM structures, performing reviews of the engineering work products provided by the project’s General Engineering Consultant, assisting in the development of a Risk Register, and participate in value engineering reviews.