The Toronto – York Spadina Subway Extension (TYSSE) will extend the existing Toronto Transit Commission (TTC) subway system from the city of Toronto to the Vaughan Corporate Centre Station in Vaughan, Ontario. The overall length of the extension is 5.4 miles (8.7 kilometers) and will include six new stations.

The interface between the Finch West Station and the Northern Tunnels contract will be by the Double-Ended Pocket Track Housing Structure (DEPTHS). The DEPTHS is broken into two cut-and-cover crossover sections (North and South Wyes) and a 725 foot (221 meter) long Sequential Excavation Method (SEM) section which consists of three tracks that will allow for train storage and train operation. 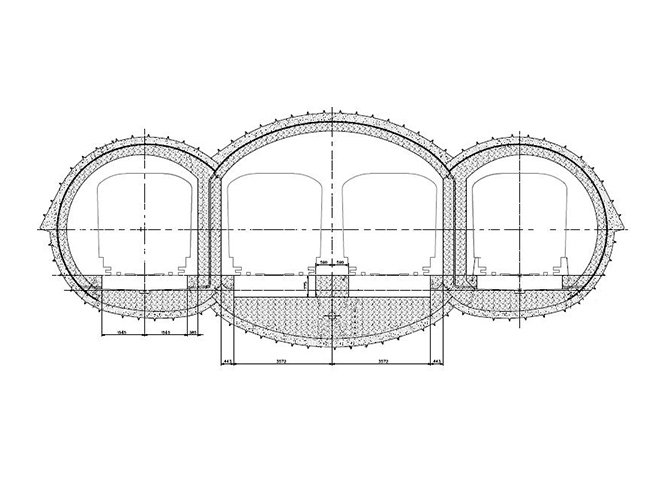