The Ruta del Sol Road Project is a massive infrastructure project that, once completed, will offer a safe, reliable transportation route between Colombia’s capital city of Bogotá and the Caribbean Coast via a 1,000-kilometer long, double-lane highway. This project also includes the construction, rehabilitation, and expansion of several bridges, viaducts, tunnels, high cuts and embankments.

The Project is split into three Sectors, which are each further divided into smaller subsections, called Tramos. Sector 1 is 78 kilometers long and, although it is the shortest of the three Sectors, it runs through some of the most technically challenging terrain of the entire Project. Sector 1 mostly constitutes the complete construction of an entirely new road, while Sectors 2 and 3 focus on the rehabilitation and expansion of existing roads. Sector 1 is further subdivided into three Tramos; Tramo 1 starts at K0+000 and ends at K21+600, crossing through the Eastern Cordillera mountain range and connecting the municipalities of Villeta and Guaduas in Cundinamarca Department. An area 500 meters wide on either side of the alignment (1kilometer total) was set aside as an alignment corridor in which the actual alignment may move on an as-needed basis.

The Ruta del Sol includes approximately 3.2 kilometers of tunnels through an area extremely prone to landslides. Between 2010 and 2011, extended periods of rainfall associated with the La Niña weather phenomenon affected the region and extensive slope failures occurred along the Project alignment.

The Geologic Units of the Project Area and the alignment of Sector 1, Tramo 1 in green 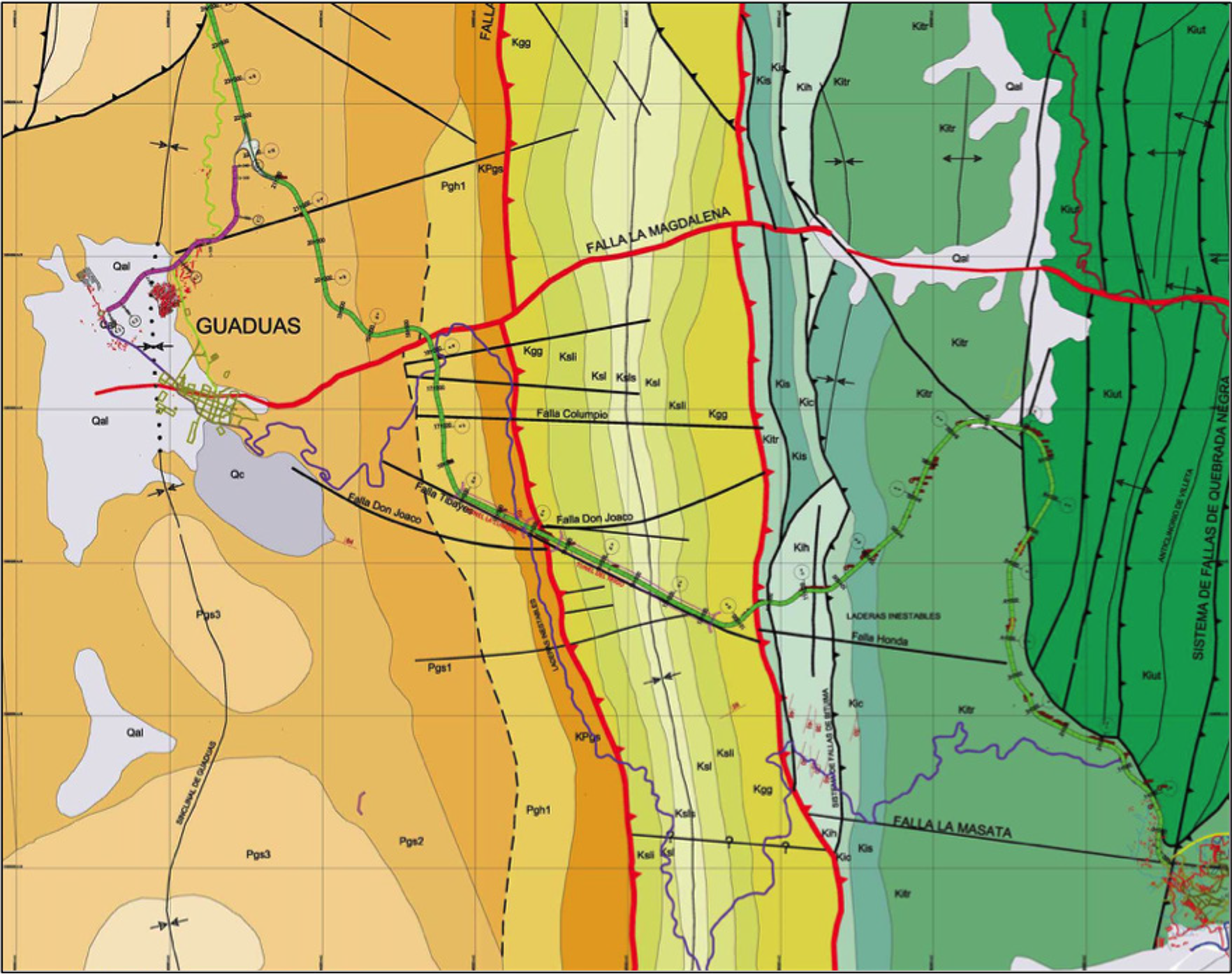 The Geologic Units of the Project Area and the alignment of Sector 1, Tramo 1 in green

Risk probability for the threat of mass movements along the alignment of Sector 1, Tramo 1 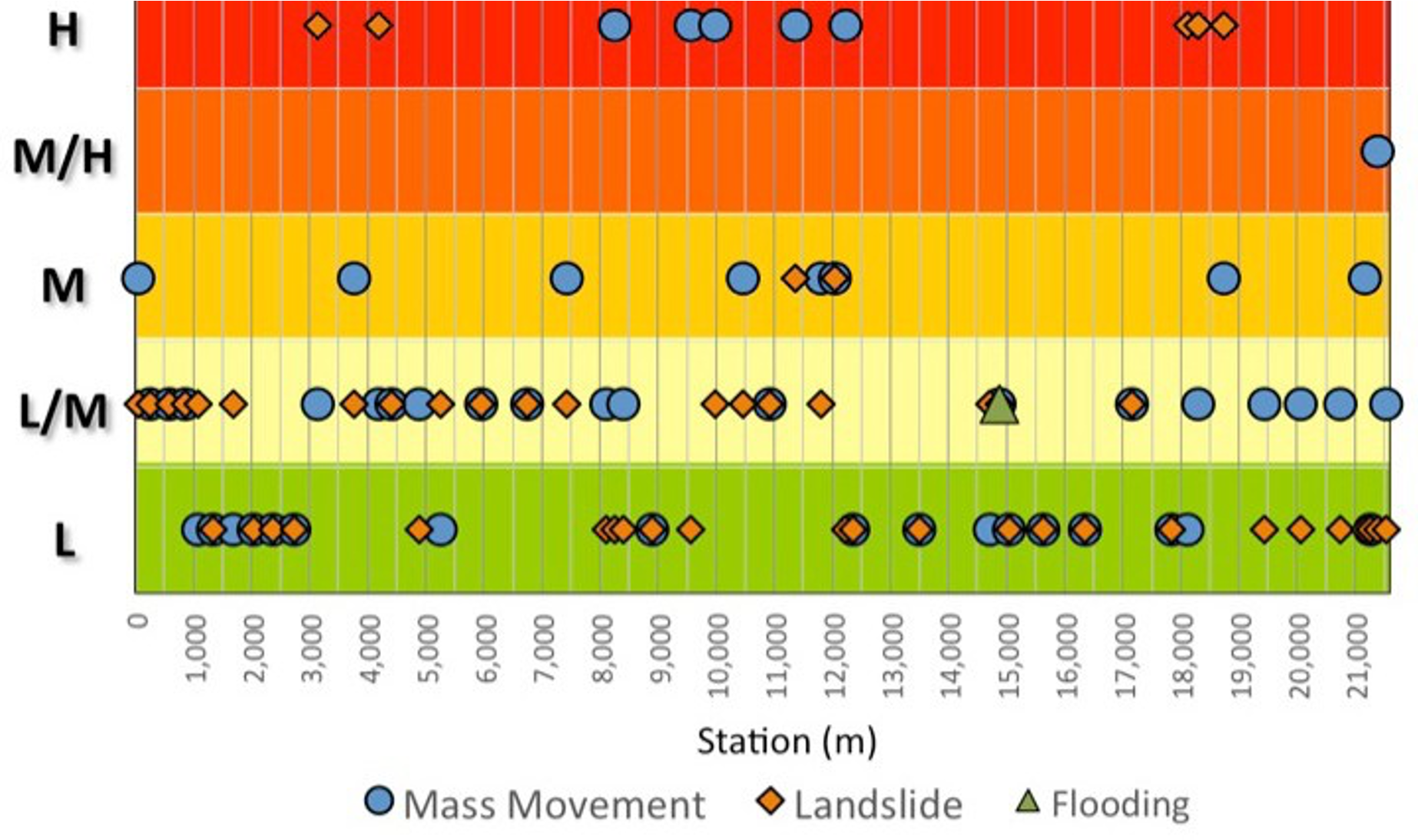 Risk probability for the threat of mass movements along the alignment of Sector 1, Tramo 1

Gall Zeidler Consultants was retained by the owner and contractor as an independent, objective arbitrator to review the design of the alignment of Tramo 1 in relation to the geomorphological conditions before and after the 2010-2011 La Niña event in order to determine the consequences, if any, on the constructability and long-term performance of Sector 1, Tramo 1. Gall Zeidler Consultants evaluated the geological conditions along the alignment and developed an in-depth risk-based analysis of normal and La Niña conditions to the structures of the project.