The Pacific-Orinoquia connection stretches over 1,490 kilometers linking Puerto Carreño, Vichada with the Port of Buenaventura, Valle del Cauca along a roughly east-west axis in Colombia. The project crosses several high mountain ranges with the highest overburden of about 2,500 m reached within Tunnel Ferreo.

Location of tunnel (shown in red) 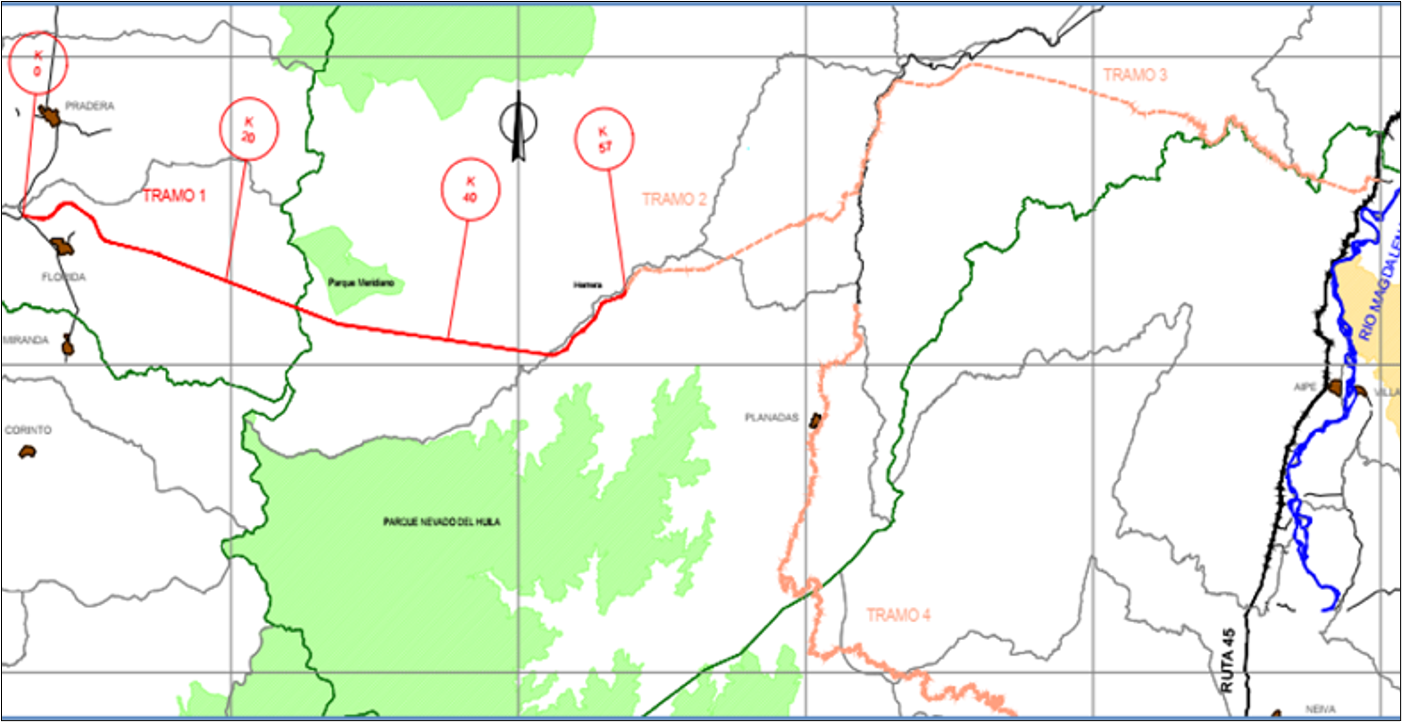 Location of tunnel (shown in red) 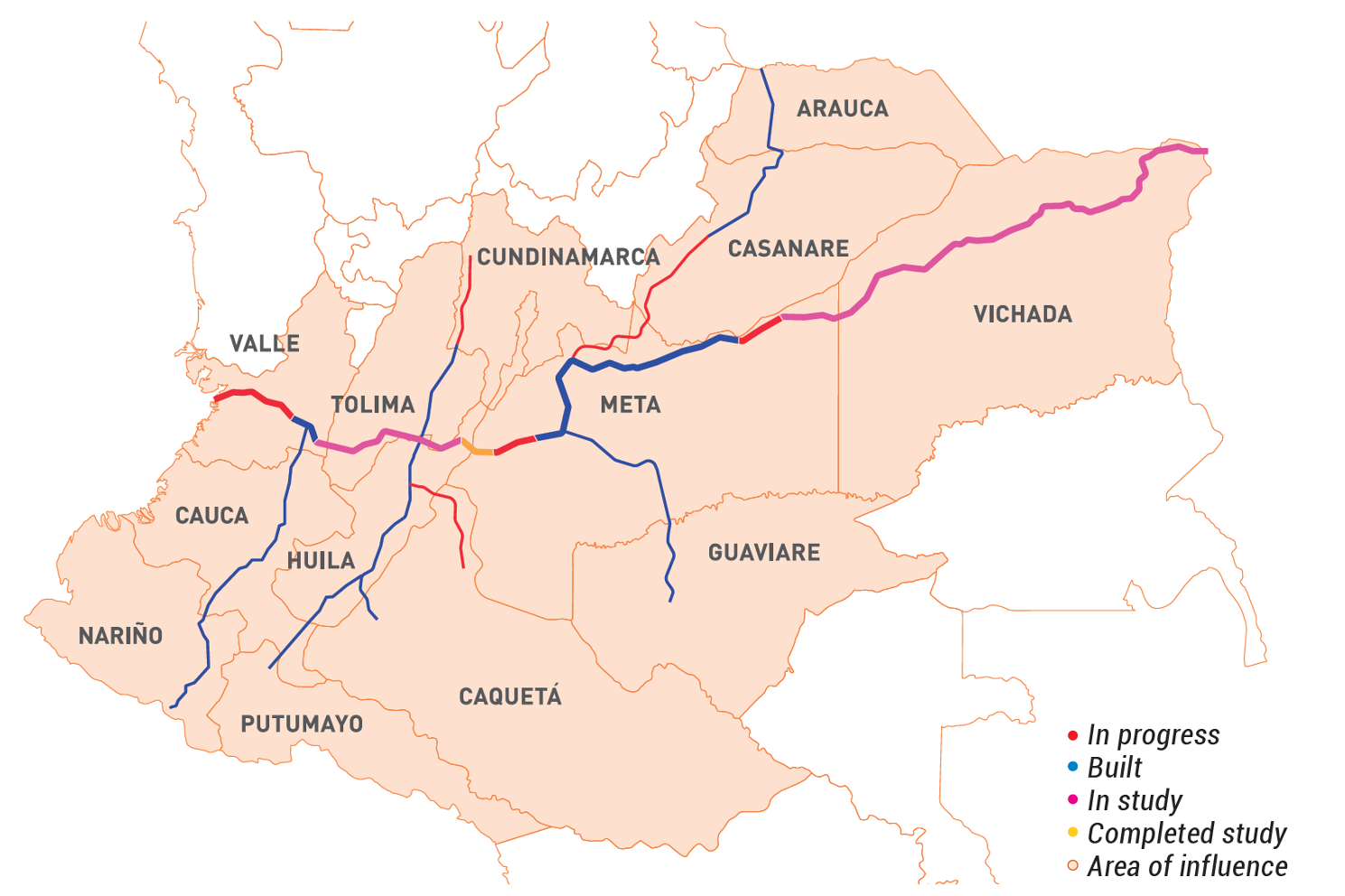 Gall Zeidler Consultants provided a feasibility study of a TBM excavation for the evacuation gallery tunnel which runs adjacent to the main Tunnel Ferreo and has a total length of about 40 km. The tunnel, when excavated by TBM in the near future, would mark Colombia’s first deep and long mountain TBM tunnel.

The excavation of the evacuation tunnel is anticipated to occur simultaneously from two portals and encounter volcanic, metamorphic and granitic rocks with small sections of shales and likely no intermediate access opportunities. The rock mass to be excavated is strongly affected by several faults and is on average poor-quality rock. Several difficult tunneling scenarios, e.g. swelling rock, squeezing rock, rock bursts, and high ground water inflows, are expected along the alignment.

The Feasibility Study performed by Gall Zeidler Consultants focused on the construction concept for the evacuation tunnel (TBM type & efficacy of TBM vs. SEM) in light of the complex geology of the tunnel. The study included recommendations for tunnel support based on experience and reference projects, design analyses of critical segmentally lined tunnel sections, TBM selection based on the evaluated scenarios, assessment of tunneling advance rates, and the development of a catalogue with risk scenarios related to geology and geotechnics.