Stage-2 Light Rail Transit (LRT) is a proposed light rail extension to the under-construction Confederation Line, the next stage of the LRT system in Ottawa, Ontario, Canada. The Stage-2 project will add over 24 miles of railway and 23 new stations to the O-Train system from Bayshore to Place d’Orleans, and south to Bowesville at Riverside South. The proposed extensions include Trillium Line South, Confederation Line East and Confederation Line West, which includes construction of the Connaught and Parkway tunnels. Initial concept drawings indicate conventional cut-and-cover tunneling methods, with secant piles and a cast-in-place concrete structure, for construction of the two proposed tunnels. 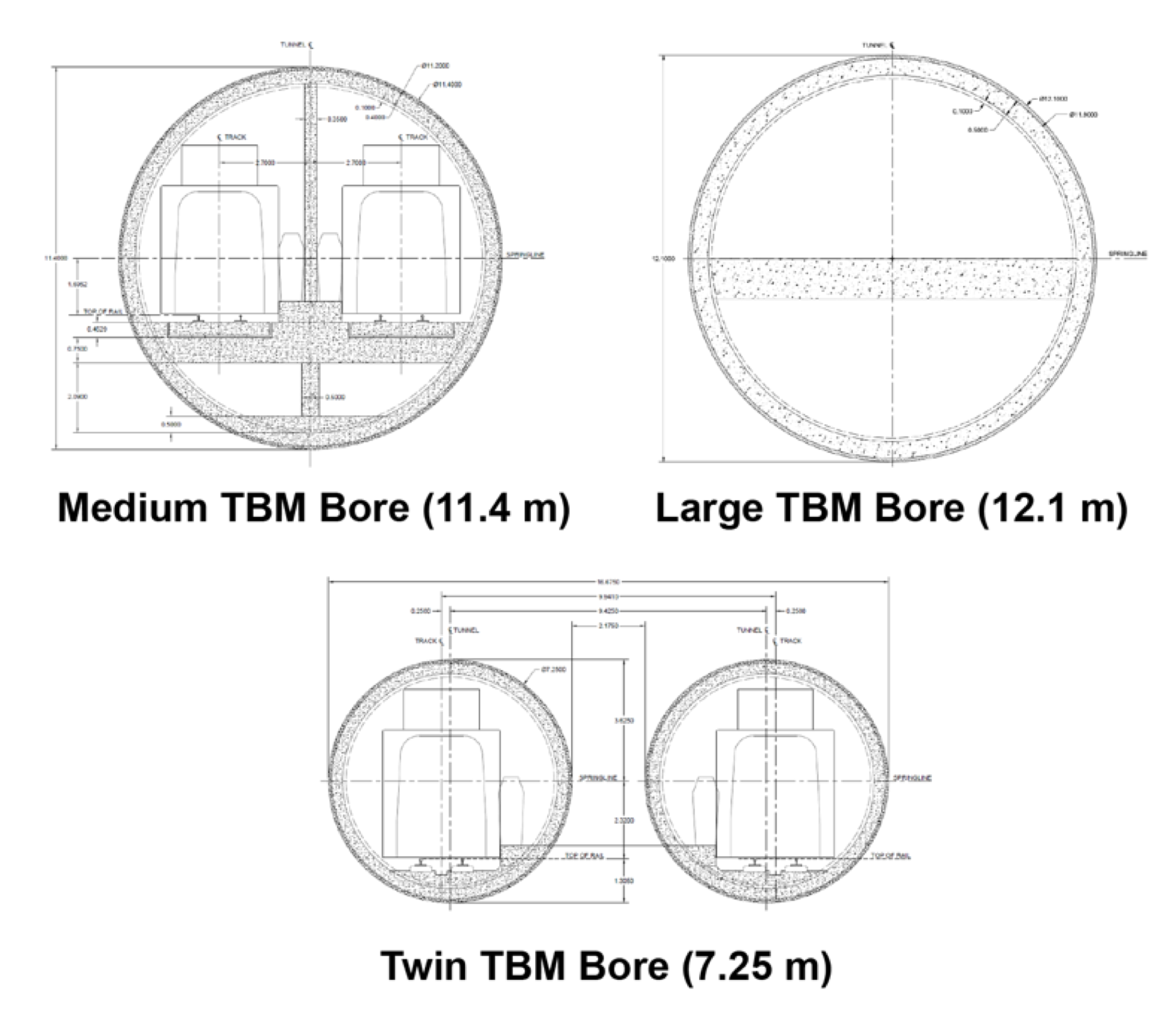